Steve Rose edits and produces written content across all three Faith Matters platforms – Faith Matters, Tell MAMA UK and now Religious Reader. Steve has been instrumental in the set of Religious Reader and brings with him a journalistic background. His interests lie in hate crime work, investigating Far Right and extremist groups and faith communities. 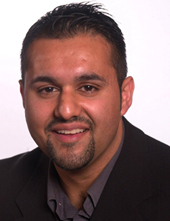 His working history includes over 15 years experience in the community and voluntary sector in positions that have included social policy lobbying, project and general management, conflict resolution work and leading organizations as the Chief Operating Officer.

Fiyaz has worked in a number of organizations providing training to women right through to European transnational faith related programmes and advice and information projects. Currently, Fiyaz Mughal is currently the Founder and Director of a not for profit organization called Faith Matters (www.faith-matters.org) which works on reducing extremism and developing platforms for discourse and interaction between Muslim, Sikh, Christian and Jewish communities right across the UK. Faith Matters also works extensively on community cohesion, interfaith, conflict resolution and prevent programmes at a local, national and international level.

Fiyaz is also the founder and Director of the national anti-Muslim hate crime monitoring project called TELL MAMA. TELL MAMA ensures the mapping monitoring and measuring of anti-Muslim hatred across England and Wales and is the only national project that works in this area. Since 2012, the project has assisted over 1,500 people and ensured over 100 arrests across the country. Modelled on the Community Security Trust, it has fast become a well-recognised brand in the field of hate crime work.

Fiyaz was previously a Councillor in Haringey (2006-2010) and a Councillor in Oxford (2002-2004). A previous Deputy President of a mainstream political party in the UK, he has also campaigned heavily on Black and Minority Ethnic (group) inclusion within political parties and discourses. He was also appointed to be on the Working Group for Communities that was linked to the Extremism Task Force developed in 2005 after the 7/7 bombings. In early 2008, Fiyaz was successful in becoming an elected member IDeA Peer Mentor for national work with local authorities on the Preventing Violent Extremism agenda.

Fiyaz was also previously appointed by the Secretary of State for the Department for Communities and Local Government (the Rt Hon Hazel Blears MP) to be a member of the Local Delivery Advisory Group on Preventing Violent Extremism. He was also appointed as the Advisor to the Leader of the Liberal Democrats, Nick Clegg MP, on interfaith and preventing radicalisation and extremism between 2009 – 2010. Fiyaz was honoured in June 2009 by Her Majesty the Queen and was bestowed with the Honour of the Order of the British Empire.

Dr. Imam Mamadou Bocoum is a holder of two Masters and a PhD from The Muslim College, and Heythrop College, University of London. He is a lecturer in Islamic Studies; a Board member of the Muslim Law Council UK and an interfaith consultant. He is currently a consultant at Faith Matters and Tell Mama.

Mamadou has authored a number of written works which have included: The Position of Jews and Christians in the Qur’an; Faith and Citizenship in Islam; The status of Women in Islam; Islamic Fundamentalism and the Qur’an. He can be reached at mbocoum@yahoo.com; Mamadou@tellmamauk.org