A recent report released by the Brookings Institute has found that ISIS had about 46,000 different Twitter accounts between September to December 2014, though many of them were shut and re-opened as ISIS continued to wage a social media propaganda war using the social media platform.

In the latest twist online, ISIS released a video showing a French businessman who had joined their ranks. The person was named as ‘Abu Sahib al-Faransi’ and the video explains some of the reasoning why he joined ISIS. The video is clearly meant to try and draw in others from France to consider joining the nihilistic group.

Add to this videos of young men signing in the city of Nineveh and it gets all too bizarre.  Here two young men sign towards the camera, as though the actions that they undertake should be promoted to include communities with disabilities. The farce continues as the young men sign and hold machine guns in their hands. So much for inclusion! 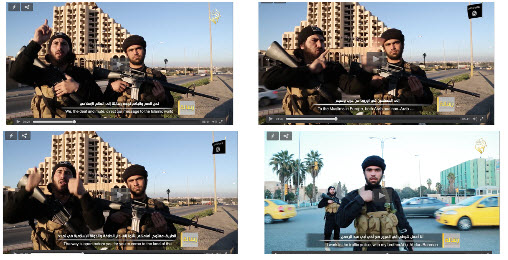 What next for this bizarre group that continues to run rampage in the cradle of civilisation?